From Monstersgame wiki
Jump to navigationJump to search
This page is a translated version of the page Stan Claus and the translation is 100% complete.
Other languages:
Deutsch • ‎English

Stan Claus is a NPC, which was created for the Christmas campaign 2010/11. He has the unusual User-ID -1 and could be found by coincidence over the opponents search.

"An obviously disorientated old guy in red plush rags stumbles out of the wall towards you, a strange red and white gun raised high above his head." 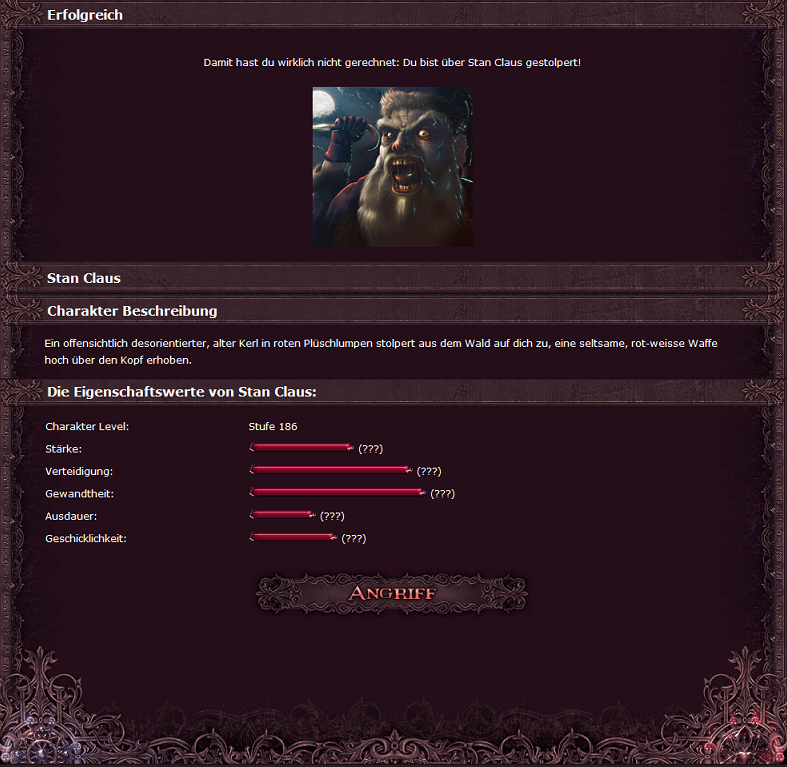 One could never see what property values he possessed. These were always marked with [???].

Stan Claus always had only one specific object and this was a sword in the appearance of a candy cane. 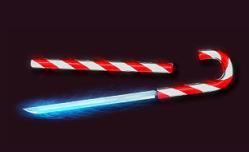 Of course Stan Claus had a purpose. On the one hand he was supposed to awaken the desire to fight, on the other hand an advent calendar was created. This Advent calendar worked on the whole like a normal Advent calendar. Every day, with the help of Stan Claus, among others, you could find a tile. If he was found and defeated in the random search, you definitely got a tile. Furthermore, you could also find a tile in normal fights. The tiles found had the effect that a door opened in the Advent calendar and a picture was taken at the end. Premium tickets were raffled off among all those who solved the calendar completely.

Unfortunately, one could also lose to Stan Claus and thus lose gold. 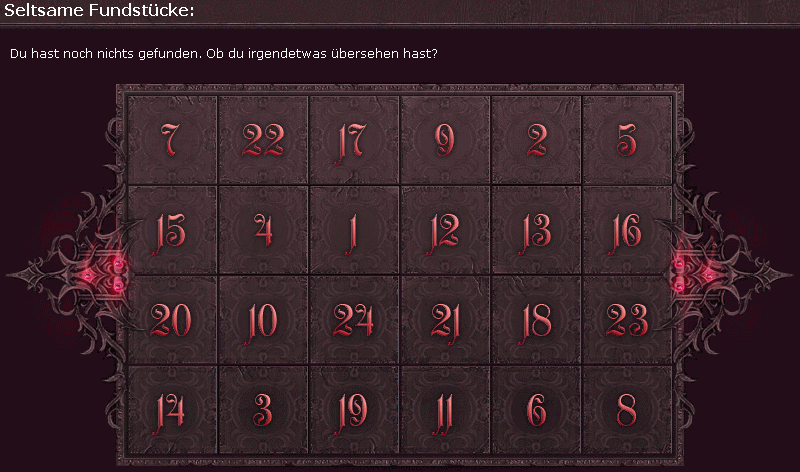 Advent calendar after a few days 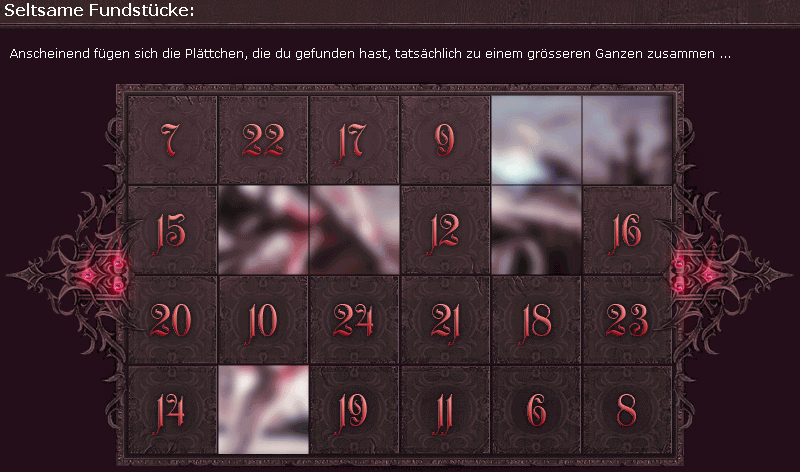 The graphic is already clearly visible. 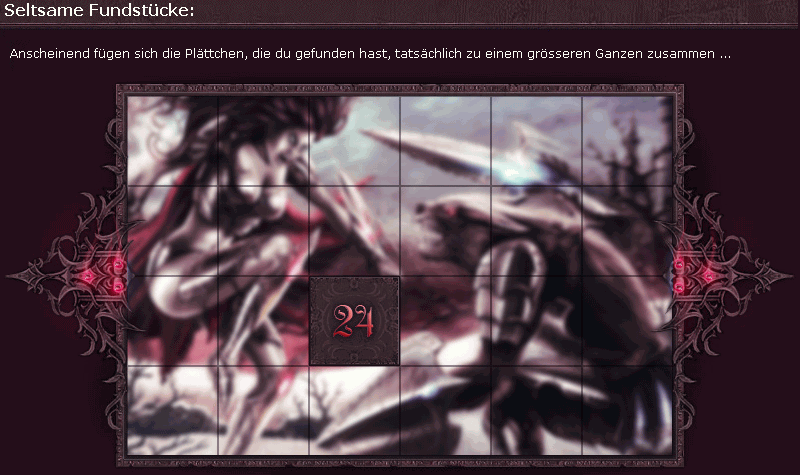 Very nice and elaborate graphics, which could be seen in status until 6.01.2011. 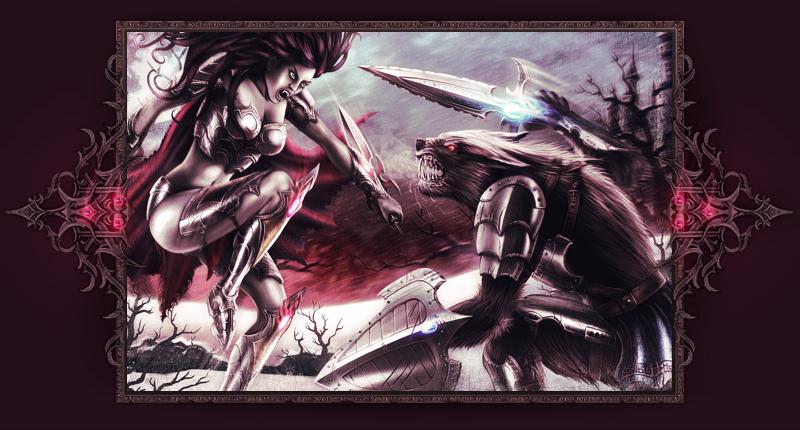 Thanks to the graphic designers for this really successful graphic.