From Monstersgame wiki
Jump to navigationJump to search
This page is a translated version of the page Aria Valentia and the translation is 100% complete.
Other languages:
Deutsch • ‎English 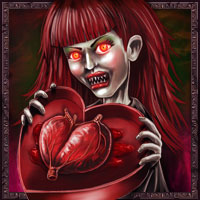 Aria Valentia, the MonstersGame heartbreaker, is another NPC who came to the MG world on Valentine's Day 2011. Like the mysterious Stan Claus, she has the unusual user ID -1' and can be found by chance via the enemy search.

Aria Valentia's basic skills are comparatively poor, but she makes up for this by gaining ALL of the attacker's additional skills in combat, which come from Ancestral Battles, Armour, and Rings.

If you have found Aria Valentia with a bit of luck, it looks like this: 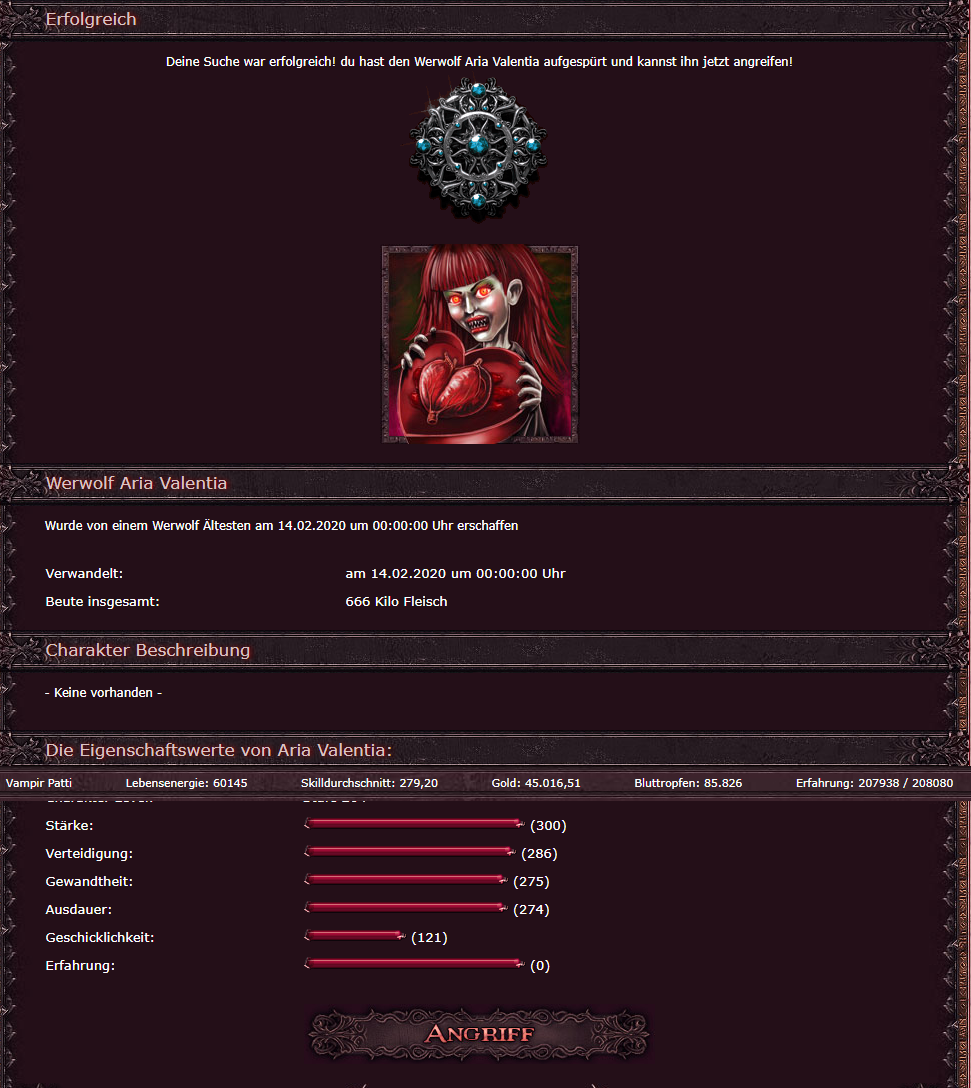 This is what a combat report with Aria Valentia looks like:

Here you can see, as already mentioned, that the equipment (apart from the armour), the guardian and the additional skills are identical to your own character skills. The heartbreaker is also loaded with a little gold, which gives the heartbreaker an extra incentive.

Furthermore, you get a Achievement when you win, here is the message you will receive: